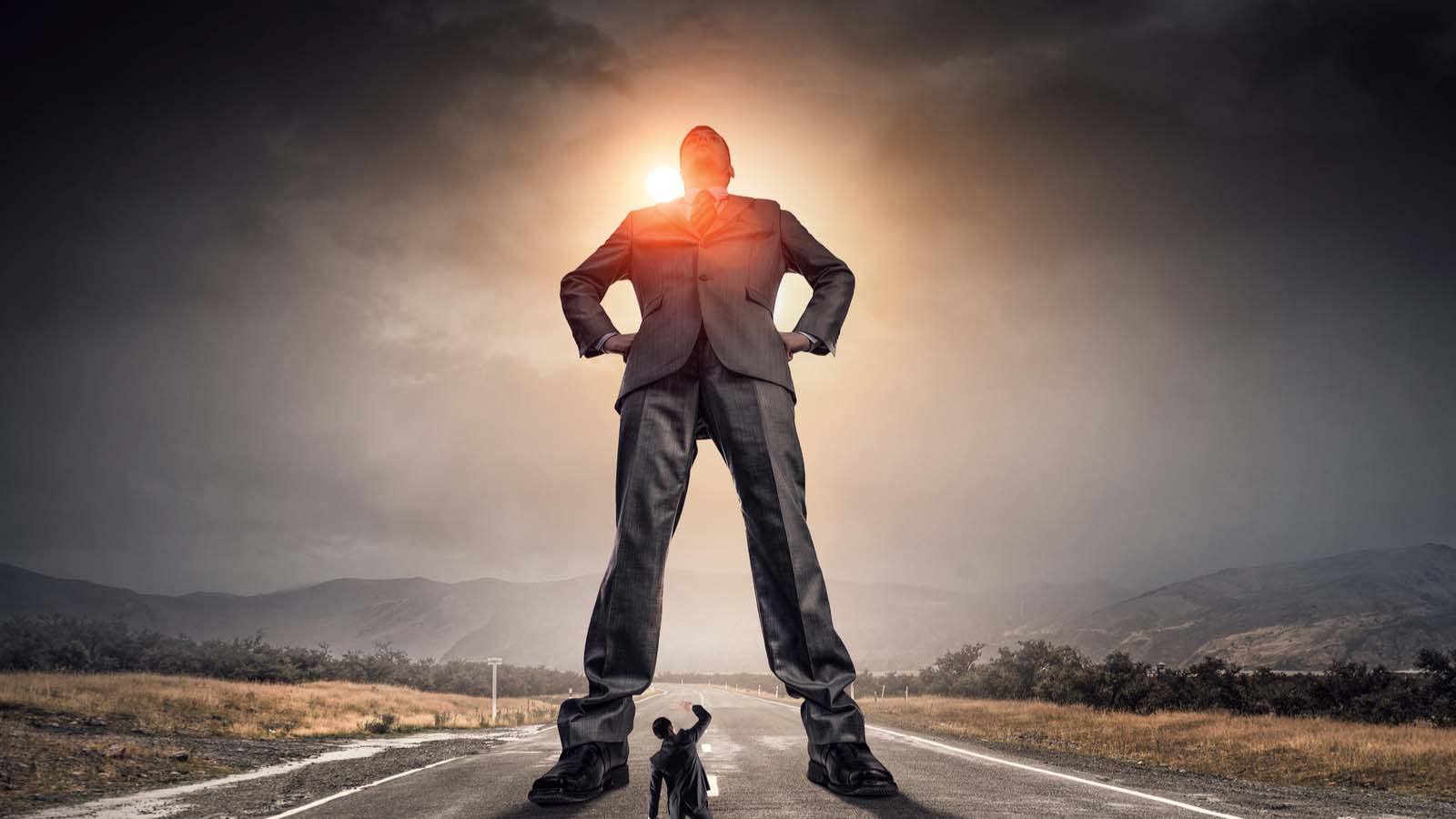 As the most dominant online advertising player in the world, Alphabet (NASDAQ:GOOG, NASDAQ:GOOGL) calls the shots. When Google says the rules of the game change, they change.

The company’s recent move to end its behavioral targeting policies have been welcome news for privacy advocates. In the eyes of many consumers, this move was a long time coming. Indeed, some question why Google did not choose to make this move sooner.

However, for certain companies in the ad tech space, these moves are painful. The use of third-party cookies in Google’s Chrome browser have created a whole industry of companies focused on providing customers with targeted ad campaigns.

All hope is not lost, yet. Companies have time to adjust to the new rules. Google has said it will make the switch to stop recognizing cookies in its Chrome browser in the next two years.

Additionally, advertisers will be able to target ads on non-Google sites based on aggregate data of groups of people rather than individuals.

That being said, certain businesses are going to be shaken up as a result of these moves. Here are the top seven ad tech companies I think could feel the most pain: 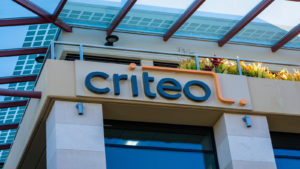 Criteo is a leading company with a heavy focus on retargeting products for its customer base.

Essentially, Criteo allows its customers the ability to provide targeted ads for recently viewed items its consumers may want to revisit. Doing so provides Criteo’s clientele with brand recognition and a higher probability of a purchase. These ads have grown in popularity as a way of making advertising dollars go further.

Criteo’s products also extend to offering dynamic, personalized ads based on predictive algorithms based on a group of products a given customer has viewed. These ads can be further optimized to account for optimal timing to show the ad as well as the optimal “layout, colors, and CTA [that] will most resonate with each shopper.”

Indeed, Google’s move to restrict cookies and put a clamp on the main tool retargeting companies use to gain an upper hand could be considered a massive blow. Google’s search engine infrastructure is an integral piece of the puzzle for companies like Criteo to optimize its products.

However, Criteo believes this move won’t impact its future plans and roadmap. The company’s investing in cohort-based and contextual advertising, with user permission and consent playing a key role in its products. Additionally, Criteo has reportedly collaborated on the formation of Unified ID 2.0, what the industry hopes will be a suitable solution to Google’s recent moves.

Investors and analysts remain bullish on this stock on the moves the company has been making. Accordingly, Criteo’s stock recovered nicely from a sharp selloff last week.

That said, Google’s influence is clearly strong with Criteo and its peers right now. The one-month chart for CRTO stock tells a pretty interesting story. 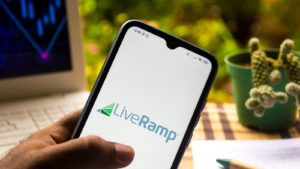 LiveRamp’s stock price chart for the past month has followed suit. However, unlike Criteo, this company’s stock price has not rebounded in sync. Indeed, RAMP stock is down 20% month-over-month, at the time of writing.

Why the sharp selloff?

Well, it appears LiveRamp’s business model may be more susceptible to Google’s recently announced changes. LiveRamp’s Authenticated Traffic Solution is a product designed to allow consumers opt-in to being tracked. Customers will be fed real-time targeted ads or an enhanced user experience with this solution. The company has heralded this product as a way of “[ensuring] key marketing capabilities in a cookieless world.”

However, Google’s reluctance to integrate alternative identifiers such as the ones used by LiveRamp has become cause for concern. Some believe LiveRamp customers may be in a holding pattern for the time being as options are re-evaluated.

That said, the speed at which LiveRamp has addressed these concerns is impressive. Although this stock has underperformed of late, it appears LiveRamp’s management team is on the ball and willing to tackle these problems head-on.

Google’s announcement wasn’t unexpected, and LiveRamp was prepared for it. However, it appears the market wasn’t. 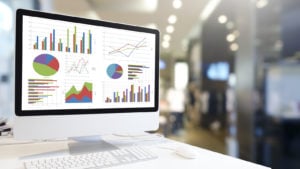 A larger player in the retargeting space, The Trade Desk has also felt the pain of Google’s announced changes. However, it appears the company’s size and market positioning is working in its favor. Shares are down a little more than 12% month-over-month, at the time of writing.

The Trade Desk has taken a more aggressive approach to these proposed changes than its peers. Analysts at KeyBanc believe the company would “contest changes to Google’s Chrome browser if it restricts the use of alternative identifiers.”

Additionally, The Trade Desk has been instrumental in developing the aforementioned Unified ID 2.0 framework as an alternative to cookies. This identifier relies on encrypted email addresses from consumers providing consent.

The company believes the future of a cookieless world has been a long-time coming. Furthermore, TTD expects little in the way of major changes arising from Google’s announced changes. The company’s CEO Jeff Green recently said “Not much has changed. But what has changed, will ultimately prove positive … Cookies only impact the browsing internet … that’s about 20% of data-driven ads today.”

However, speculation that Google could restrict the use of alternative identifiers on its Chrome browser has some investors unsure who to believe right now.

A relatively recent listing on the Nasdaq, PubMatic is a player that has gained a lot of attention of late in the Ad Tech space. The company’s recent performance is indicative of bullish sentiment in the market for growth companies in the tech space. Certainly, PubMatic fits this bill.

The company’s focus is on providing clients with a full range of solutions to meet digital advertising needs. Additionally, each component is extendable and customizable. Packages can be adjusted however the client sees fit. This sort of flexibility has proven to be a win-win for PubMatic shareholders and its clients.

This business model is highly profitable, and PubMatic boasts one of the best margins in its sector. PubMatic posted gross margins of 72% according to its recent filing. This is in addition to organic revenue growth of more than 30%. That’s impressive, and investors have certainly rewarded this company for its performance.

PubMatic does use retargeting as part of its holistic strategy. However, the company’s core focus is on providing a wide range of programmatic products lowers the risk profile of this company with respect to the changes being imposed by Google. 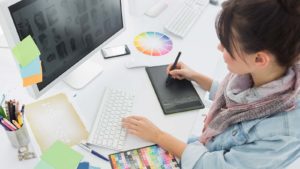 The company’s focus is on connecting ad sellers and buyers worldwide. The company’s platform has been highly successful. Indeed, similar to its peers, Magnite is a highly profitable business with excellent financials.

One of the differentiating factors for Magnite is the company’s focus on the Connected TV (CTV) segment. Its recent acquisition of Ad Tech company SpotX has bolstered Magnite’s position in this market. Analysts appear to be bullish on this announcement, and the company has posted some pretty impressive results this past quarter.

Here’s what the company thinks about the recent Google changes:

“The majority of the Internet will need another solution and the good news is that solution already exists and is being actively deployed by publishers and advertisers based on open-source and collaboration. That solution is publisher-driven audience segments: addressable audiences created by publisher first-party data, that is collected in a privacy-compliant manner, and presented to buyers in a fully-anonymized fashion.”

Magnite is not worried about these changes. But the fact that it’s addressing them suggests the market may be. 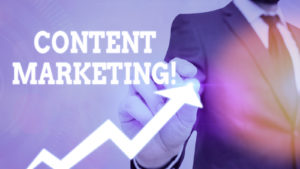 A French conglomerate in the advertising space, Publicis is a major player in the advertising sector in Europe. This is less of an ad tech company than its peers, but a deal with Tencent (OTCMKTS:TCEHY) has beefed up the company’s “programmatic offerings, cross-screen planning capabilities and conversion performance.”

The company’s approach to providing a diversified product offering does quell some investor concerns about how Google’s announced changes will affect this stock. The company’s portfolio of communications offerings is broad enough to provide a defensive moat its aforementioned peers may not have.

This is one of the key contributing factors to the company’s stock price performance relative to its peers. Yes, this stock dipped materially on pessimistic pandemic-driven sentiment. But then again, so did the entire sector. However, since March, shares of Publicis have outperformed their peer group. This is a company that is trading well in excess of pre-pandemic levels, but is still off from its all-time highs.

Indeed, I view this stock as one of the safer picks out of this global advertising peer group. Google’s influence does reach everywhere. However, some companies are more insulated than others. Both Publicis, and my next pick, are two companies I think provide a reasonable degree of safety in this regard. 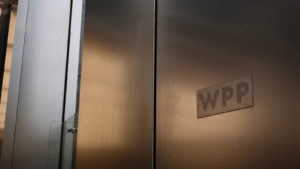 Over the past year, shares of WPP have been a winner. Indeed, the year-over-year return of 70% at the time of writing is nothing to sneeze at. Investors have been well-rewarded in this $15 billion ad tech company.

Indeed, this is the company that’s on the bottom of this list of stocks to avoid thanks to Google’s recent changes in advertising. Yes, there’s some risk with any stock with retargeting products in the ad tech space. However, WPP has a very diverse portfolio of product offerings and is far less reliant on retargeting revenues as its peers. This company has been around for a long time, weathering a series of bear markets since the 80’s. It’s a company that has continued to evolve and find a way to grow over time. It’s also one of my favorite picks in this space for investors right now.

This U.K.-based company seeks to intersect the communications, technology, experience and commerce spectrum. I think the company’s diversified offerings make it more immune to Google’s changes, and it’s less on the radar of U.S. investors (a good thing right now).

However, I think the ad tech sector as a whole could be under pressure if Google chooses to continue to throw its weight around. Google is a global player, so even the best options out there carry some risk.