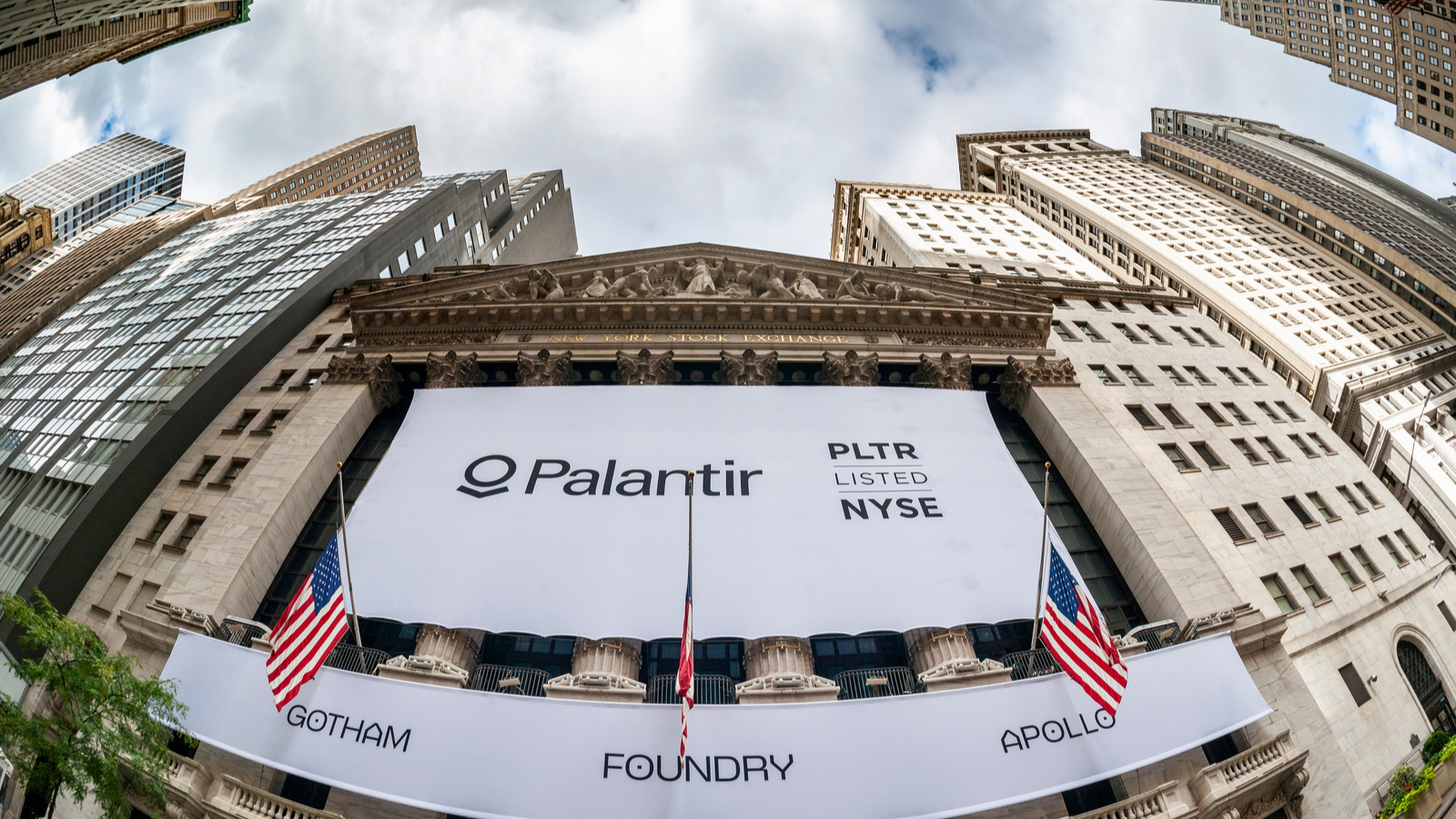 The epic rise in Palantir’s (NYSE:PLTR) stock price started way before “meme stocks” became a thing. Back in November, on the heels of President Joe Biden’s election, investors aggressively bid up the stock, betting this big-data company’s ties with the incoming administration would pay off big time. But, as the momentum from this “Biden boost” faded, the speculative mania of late January and early February helped to sustain it.

But, now, “meme stock madness” has all but dissipated. The stock sold off, in line with other tech names, late last month, going into this month. But, even after falling from a stunning high of $45 per share, to around $23 per share today, it has plenty of room to fall lower from here.

I know, for the past year, it’s been “growth at any price.” Investors too focused on valuation have lost out — either by skipping on richly priced stocks that soared to even higher prices, or worse, by shorting overvalued names that became even more overvalued. Yet, as investors are starting to reassess this company’s long-term value, there’s the potential for material contraction, given the stock’s frothy forward price-to-sales multiple of 28.3x.

But, that’s not all! There are other concerns at play, like insider selling, and the risk of decelerating growth. This is not a “buy the dip” situation.

Valuation Is Still Out of Hand With PLTR Stock

With projected growth topping 30% per year in 2021 and 2022, it’s no surprise investors gave Palantir such a high valuation. But, the key factor that’s helped to keep this stock frothy is its status as a software-as-a-service stock (SaaS). Or, more specifically, the perception it’s a SaaS stock.

So far, investors have considered this to be a highly scalable SaaS company, that will eventually scale into a highly profitable enterprise. Yet, according to a deep dive from a tech industry commentator, the company doesn’t really fit into the pure play SaaS category. Instead, it’s more like a hybrid software services business, like Cloudera (NYSE:CLDR).

As you may know, Cloudera sells for a much lower forward price-to-sales multiple (around 3.74x). It’s not apples-to-apples, given that company is growing at a much slower pace than this company. But, it may suggest that 28x is a little overdone. At most, a 15x forward sales multiple may be a more appropriate valuation for Palantir stock. In other words, half its current stock price, or $12 per share.

But of course, just because a stock should in theory be worth less than its trading for doesn’t mean that drop will happen. And, even with the recent pullback, there seems to be enough investors buying on the headlines rather than on the details. It may not be a purely SaaS stock. But, on the surface it looks like one. And, as growth remains high, this perception could continue.

Don’t forget the other concerns at play. Put it all together, and all signs point to additional downward pressure.

Other Factors That Make Palantir a Clear ‘Sell’

Valuation concerns alone may not be what finally sinks this stock that’s fading in popularity. There are other factors that could help push shares down to my aforementioned low-ball price target.

The stock’s big slide in late February was mainly due to the tech stock correction. But, arguably, this considerable insider selling played a role as well. These transactions have cooled off since the start of March. But, they could pick up again, if shares continue to bounce back from their recent losses.

With regards to growth concerns, there’s a risk that decelerating growth could help further drive declines for Palantir shares. And, that’s assuming it hits its growth targets. As a bearish Seeking Alpha commentator recently wrote, there are factors (customer concentration, long sales cycles) that could make sustaining an annual growth greater than 30% challenging.

Bottom Line: With More Room to Fall, Stay Away

If all goes right, Palantir may continue to grow at a healthy clip in the coming years. The problem? This scenario has already been priced into shares. And then some. Trading like a SaaS stock, when it really isn’t, shares could contract when investors start reassessing their perception of the company.

Add in the issues with insider selling, and the uncertainty the company can hit its growth targets, and PLTR stock may have more room to fall. So, what’s the best move? Stay away.

On the date of publication, Thomas Niel did not (either directly or indirectly) hold any positions in the securities mentioned in this article.