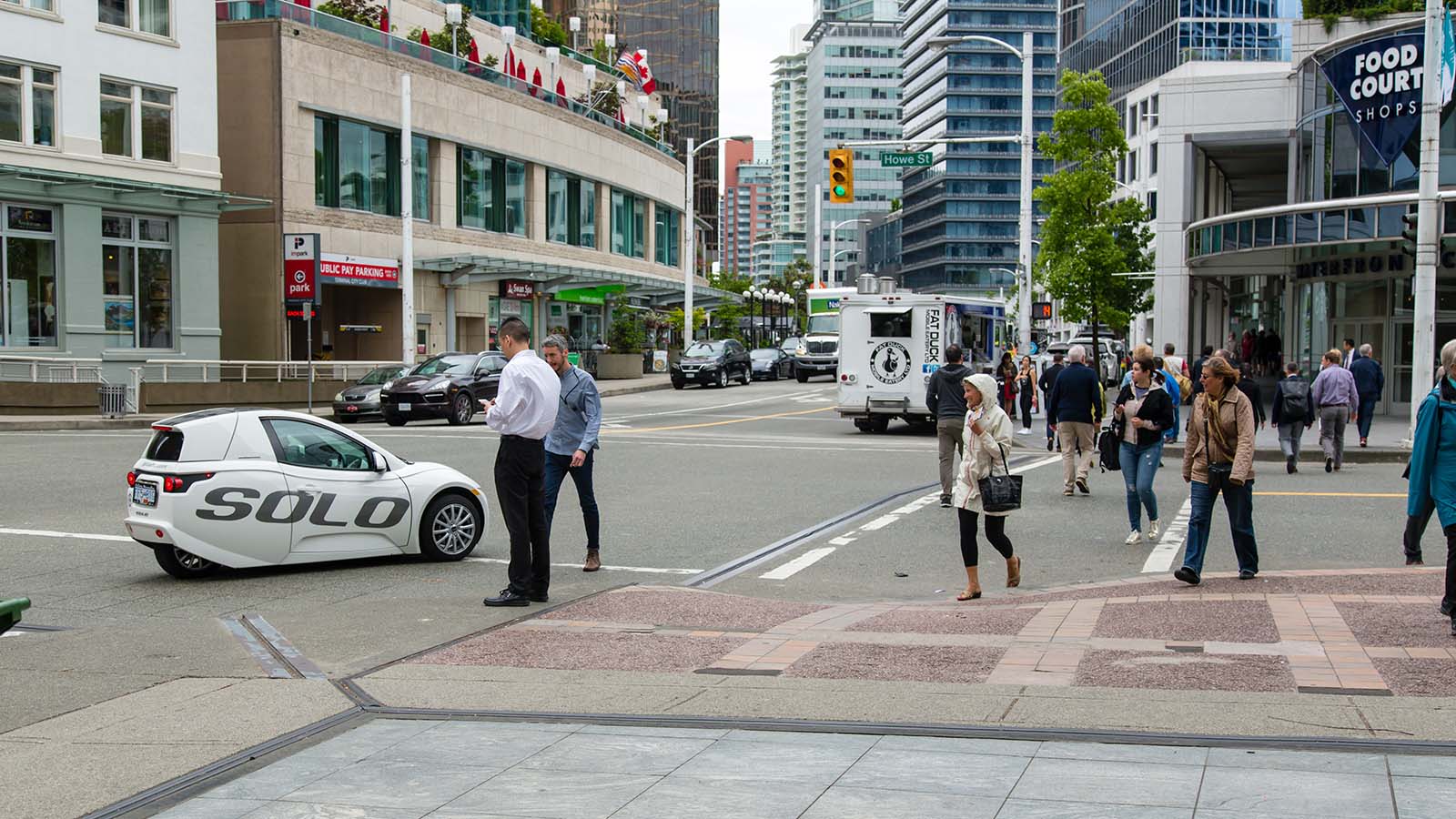 The electric vehicle (EV) market is cooling off, and so is investor sentiment on ElectraMeccanica Vehicles (NASDAQ:SOLO). After reaching a closing high of $9.48 in early February, SOLO stock is down more than 30%.

I’ll give the company this. It can’t be accused of not offering something different. In this case, it’s a three-wheel “autocycle” called the Solo.

The company had 23,000 pre-orders prior to the global pandemic. Production began late in 2020 so you may see these cars sooner rather than later.

And with an MSRP of $18,500, ElectraMeccanica may have a large addressable audience. Many states allow a standard drivers license as sufficient to drive an autocycle.

Nevertheless, the company faces some hurdles for long-term adoption. Like many things, only time will tell, but you should have more reasons to buy SOLO stock than its cheap price. Unfortunately, I’m not so sure the company is offering enough at this time.

The Good and Bad of Being an Autocycle

The Solo is not a car; unless it is. In California, it’s classified as a motorcycle. It’s a car in Florida. In Michigan, it’s an autocycle.

Although it’s classified as a motorcycle in some states, it’s really a new class known as an autocycle. Here’s where things get a little tricky.

As a motorcycle, the Solo does not qualify for the federal government’s $7,500 rebate. California residents will also have to forego the $2,000 EV rebate though they would get a $750 rebate for motorcycles.

However, with a price tag below $20,000 this would seem to be a fairly easy hurdle for the company to overcome.

What may be less easy to overcome is that the Solo will not be tested by the National Highway Traffic Safety Administration (NHSTA) because it’s a motorcycle. Although the Solo will be relatively inexpensive to insure, the rate will be different depending on how the vehicle is classified. Again, that’s not an insurmountable hurdle.

The Proof Will Come With Time

As a pre-revenue company, ElectraMeccanica has to be viewed through a different lens. The company had 23,000 preorders in 2018, indicating there’s something consumers believe it is doing right. After all, even though the $250 deposit is refundable, the majority of these consumers aren’t kicking one of the vehicle’s three tires.

I won’t deny that in the universe of electric vehicle stocks, ElectraMeccanica Vehicles stock looks like a compelling option. It does after all meet the conventional definition of a penny stock, but looks can be deceiving.

There is no proven market for the company’s three-wheeled motorcycle/car. If the next words out of your mouth are “this time it’s different,” just be advised that both of us are making assumptions.

The conventional argument is that most of us drive our current vehicles solo. So why not just get a car that’s built for one? Well one reason is that we aren’t the most physically fit society, and we’re also rather tall on average.

The Solo is not designed for individuals over 6 feet tall or over 200 pounds. That’s not an argument so easily dismissed.

The time may very well be right for consumers to bring about mass-adoption of autocycles, but I’m not ready to say that this time is different.

There Are Better EV Options Than SOLO Stock

A speculative bet on SOLO stock looks tempting. As I’ve written in prior articles I like the commercial possibilities for ElectraMeccanica Vehicles. I even believe there’s an opportunity for the company’s vehicles to become an intriguing public transportation option. After all, solo business travelers may like the security of traveling in a vehicle literally built for one.

There are many ways to play the EV market. Although I have some short- to intermediate-term concerns about the company, I think Canoo (NASDAQ:GOEV) is offering an innovative business model that should reward investors.

Of course, rather than trying to guess which electric vehicles will be successful, investors can find other ways to play the sector. If you’re looking for low-priced stocks with upside, I suggest looking at Romeo Power (NYSE:RMO). Romeo is looking to revolutionize the EV battery space.

On the date of publication Chris Markoch did not have (either directly or indirectly) any positions in the securities mentioned in this article.

Chris Markoch is a freelance financial copywriter who has been covering the market for seven years. He has been writing for Investor Place since 2019.