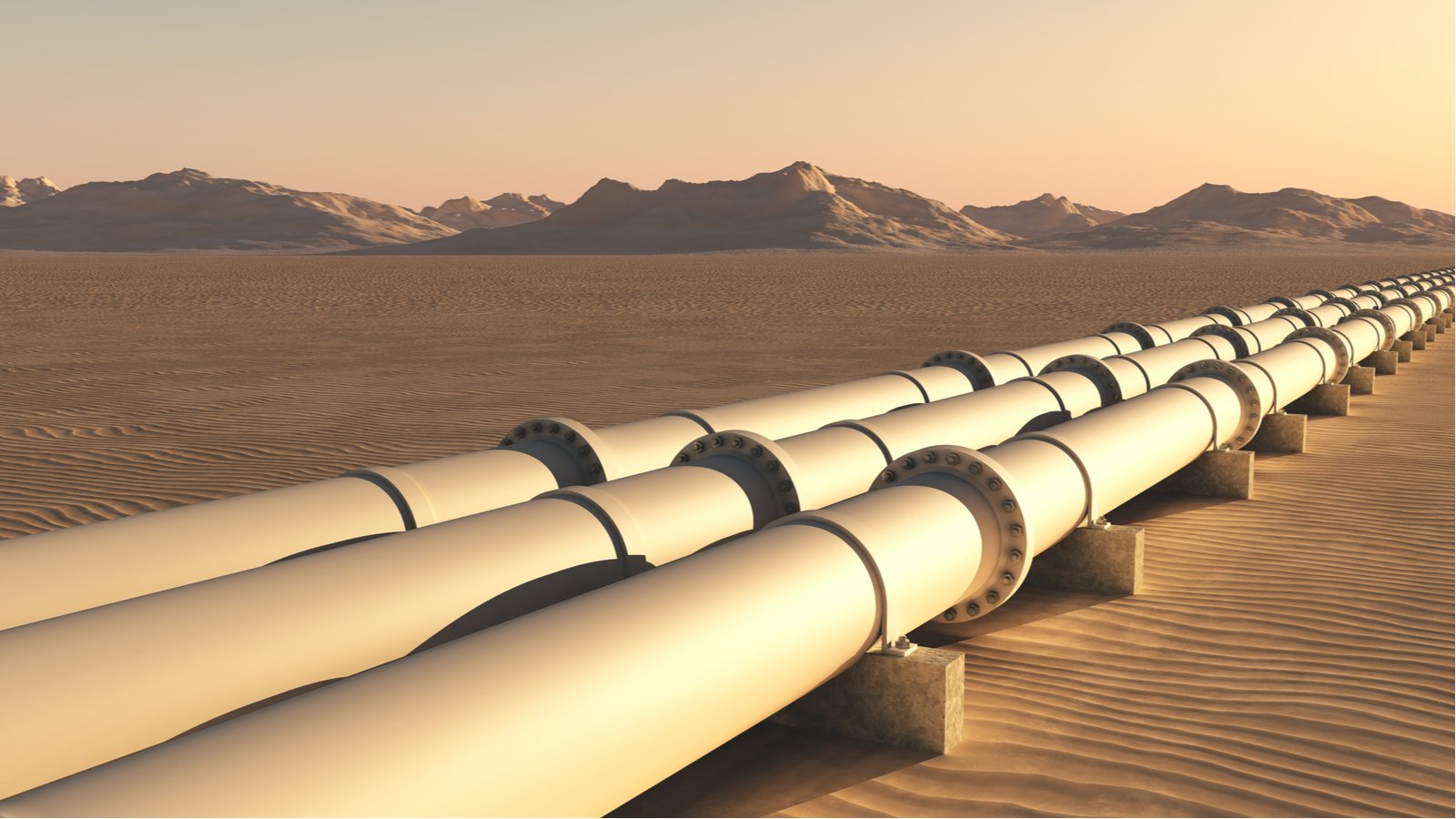 Energy prices have been on a rollercoaster ride over the years, with the Covid-19 pandemic inflicting immense damage. The price of Brent crude fell from $66.67 at the beginning of 2020 to below $25 in early May of last year, a stunning 63% decline in a very short period of time. However, energy prices have recovered basically back to where they were at the beginning of last year.

Needless to say, higher prices have been a tailwind to energy companies. One of our favorite high-yield MLPs is MPLX LP (NYSE:MPLX). Shares of this MLP have increased by more than 133% over the last year, over double the return of the S&P 500 index.

Still, we feel that MPLX is well-positioned for future growth, which should provide more support to this high-yield MLP.

MPLX was formed by the Marathon Petroleum Corporation (NYSE:MPC) in 2012. The partnership has two business segments. The first is Logistics and Storage, which deals with crude oil and refined petroleum products. The second is Gathering and Processing, which focuses on natural gas and natural gas liquids. MPLX acquired Andeavor Logistics LP on July 19, 2019, adding the diversified midstream company to its core business.

MPLX’s most recent quarter showed just how much the partnership benefited from higher energy prices. Fourth-quarter and full-year results were released on Feb. 2, 2020. For the quarter, net income was $700 million, a significant improvement from a loss of $573 million in the year-ago quarter.

However, energy prices were substantially weaker for the whole year. Net income was a loss of $687 million . Distributable cash, or DCF, flow did improve slightly in 2020 to $4.327 billion from $4.1 billion.

Despite the headwinds from Covid-19 in 2020, the price of oil did improve and stabilize somewhat during last summer, but it wasn’t until recently energy prices really took off. A severe cold snap in Texas in February helped prices gap higher as key infrastructure was impacted due to the weather.

More recently, a giant container ship ran aground and got stuck in the Suez Canal, where a large percentage of worldwide oil transportation occurs. It took almost a week for the container ship to be freed, which meant less oil available to the market.

In addition, OPEC has agreed to continue current production cuts. Saudi Arabia, one of the largest oil producers in the world, will voluntarily extend its one million barrels per day production cut into April. As a result of all this, oil prices currently hover at $61.37, very close to levels seen before the pandemic really took hold.

MPLX also has built-in advantages. First, pipelines typically are able to extract rents. It usually takes years of approval and regulation to build the pipeline infrastructure needed to transport energy products. Those already built enjoy a “toll-booth” type business model. This means that the operator sees a sizeable amount of their revenue from fee-based and “take or pay” agreements with customers. MPLX generally can count on revenue from these contracts regardless of the price of oil.

Another factor working in the partnership’s favor is the change over from coal to natural gas to generate electricity in the U.S. Natural gas tends to be cheaper and cleaner than using coal to produce power.

Finally, due to lengthy contracts with Marathon, MPLX has a strong position in the Marcellus/Utica region that stems from the Midwest to the northeast U.S. It is estimated that there are between 1.3 to 5.5 billion barrels of oil and 3.8 to 15.7 trillion cubic feet of natural gas in this region. The transportation of oil and gas from this area should be a tailwind for MPLX for years to come, empowering the partnership to continue to grow its distribution.

MPLX’s last distribution was for 68.75 cents per unit, which was the fifth consecutive payment at this amount. Given the uncertainty of the Covid-19 pandemic that hung over the energy sector last year, the fact that the partnership was able to maintain its dividend can be considered a victory.

Prior to last year, MPLX had increased its distribution for 28 straight quarters instead of the usual once per year raise that most companies offer.

The current annualized distribution of $2.75 and shares trade for approximately $25.44, resulting in a yield of 10.8%. This is one of the highest yields in the stock’s history and almost 7.5 times the average yield of the S&P 500 index.

We are often wary of extremely high-yielding investments as this can be a warning sign of crumbling fundamentals and an impending dividend cut. Looking at MPLX’s most recent quarter and growth prospects, we feel that the partnership’s distribution remains protected.

Energy prices often have major movements up and down. The pandemic applied severe pressure to prices, but current levels are almost where they were pre-Covid-19. Recent events such as limited traffic in the Suez Canal, a freeze in Texas, and commitments from the energy-producing nations of the world to limit supply have all resulted in higher prices in the near term.

This has lifted many names in the energy sector, including MPLX. We believe MPLX to be one of the best positioned MLPs as the partnership has several paths to future growth, making it very likely that the double-digit yield is very safe.