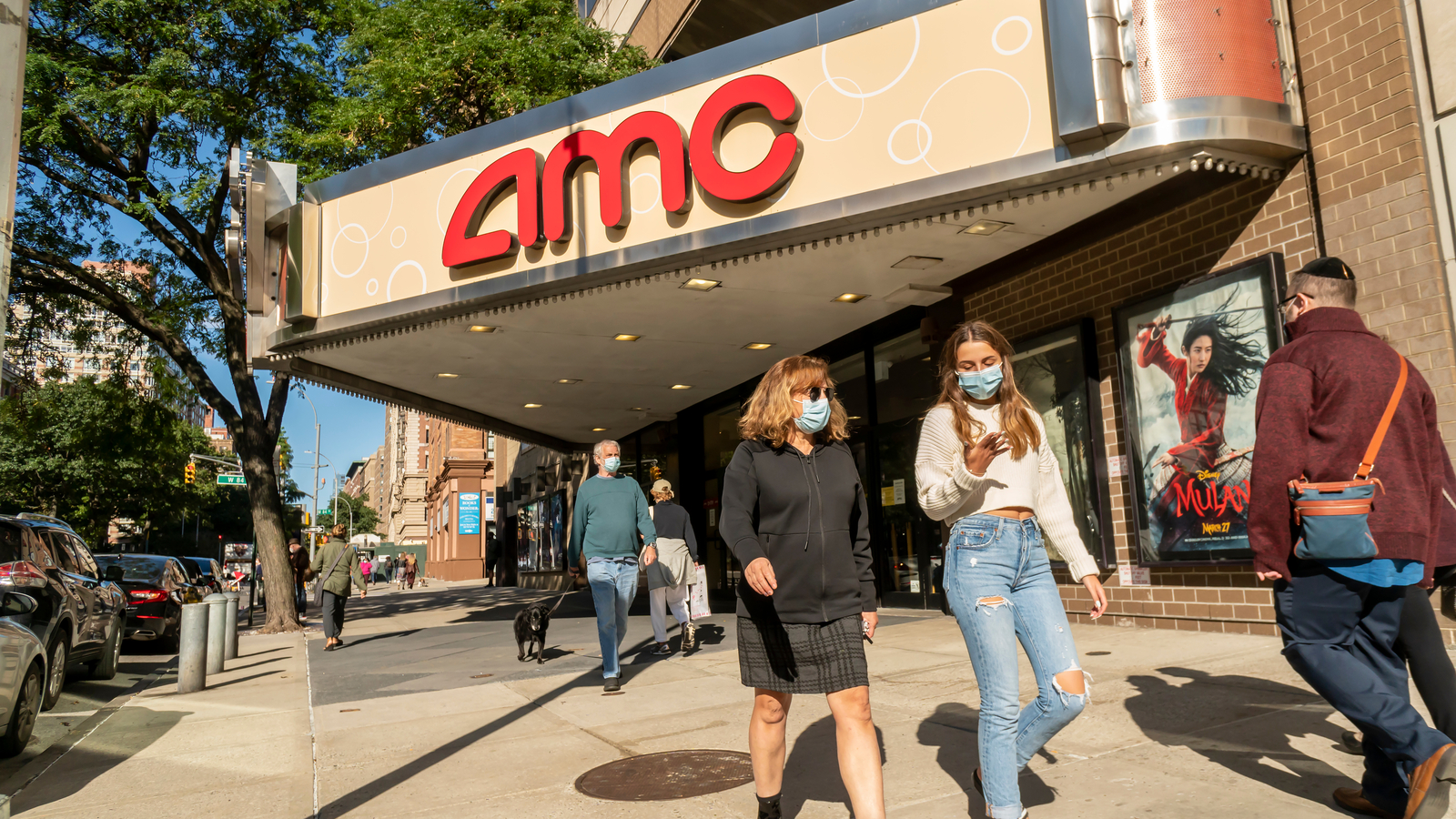 I don’t expect movie theaters to come close to their pre-pandemic popularity in the next couple of years. As a result, I’m definitely bearish on AMC (NYSE:AMC) stock.

But even in the unlikely event that I’m wrong about the outlook of movie theaters, AMC’s elevated valuation will likely cause its shares to drop significantly going forward.

A few factors will likely prevent AMC’s theaters from experiencing a strong comeback in the wake of the pandemic.

First of all, I think there will be tremendous pent-up demand for social activities that were unlike anything people could experience during the lockdowns. So participating in team sports; flying to faraway places; eating in restaurants; going to nightclubs, crowded bars, packed stadiums, live theaters and in-person casinos all qualify.

I understand that there’s a different energy, dynamic and ambience to watching movies in a theater. And I get that the big screen looks better and more exciting than even the best TVs.

Then, there’s the rapidly growing popularity of streaming services like those of Netflix (NASDAQ:NFLX) and Disney (NYSE:DIS), which put so many movies at consumers’ fingertips.

Add in the fact that many, if not most, of the (inexpensive) streaming services offer new, original movies now and that “most of” the studios’ new fare is still going direct to streaming even after many theaters have reopened. And now that studios and consumers have gotten used to it, it’s likely to continue for months, if not indefinitely.

Put it all together, and most consumers are unlikely to head back to theaters more than a couple of times per year following the pandemic.

Indeed, Seeking Alpha columnist Elephant Analytics reported that movie-theater attendance was still down about 90% in January and February, even as fears about the pandemic greatly eased and the number of people going on planes, for example, reached close to 50% of pre-pandemic levels.

Other pundits have written extensively about the huge number of shares that AMC has issued since the pandemic began.

Elephant Analytics says that the number of shares of AMC stock has jumped over 400% during the pandemic, reaching 450 million to 460 million shares. That, combined with the recent rally, has pushed the stock’s market capitalization to about $4.1 billion as of March 2. The stock is little changed since then, so its market capitalization is only slightly above that, at about $4.6 billion.

Meanwhile, analysts, on average, expect AMC to lose $3 per share this year and report a loss of 88 cents per share in 2022. However, the average outlook calls for the company’s sales to reach $4.77 billion in 2022.

The Bottom Line on AMC Stock

I believe that movie theaters’ comeback will be way weaker than most expect in the wake of the pandemic, given the superior attraction of more social activities and increased competition from streaming services.

Those factors, in combination with the fact that the  market capitalization of AMC stock is way higher than it was before the pandemic began, make the shares a definite sell at this point.

My Amazon (AMZN) Stock Price Prediction for 2023
META, AAPL, AMZN Predictions: 3 Hot Stocks for Tomorrow
Is TSLA Stock a Buy or Sell? Here’s My Call
The 5 Most Undervalued Tech Stocks for Your February Buy List
The 7 Best Cybersecurity Stocks to Buy for February 2023