Everyone loves the disrupters Cathie Wood buys for her ARK Innovation ETF (NYSEARCA:ARKK). But there are older tech stocks out there that still represent innovation.

While ARK favorites like Tesla (NASDAQ:TSLA), Coinbase (NASDAQ:COIN) and Zoom Video (NASDAQ:ZM) look overvalued, investors may be missing some bargains. These companies were big long before the cloud was even a gleam in Amazon (NASDAQ:AMZN) CEO Jeff Bezos’ eye.

I spent the last week looking at some of these older names. I wanted to know about their current plans to disrupt the disrupters and make investors some money.

I started with the one of oldest tech companies and closed with some newer names recently left by the wayside. In every case, I asked the same question: does this company have a story about tomorrow that investors should be listening to today?

Of course, I probably didn’t find the next Coinbase here. But I do think I found some solid opportunities for long-term investors to make some coin. 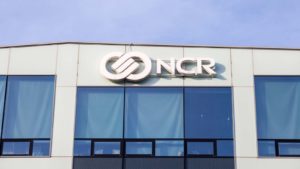 NCR was one of the first technology companies in the States and it’s bidding to become relevant again.

Called National Cash Register, the company failed as a mainframe computer competitor to IBM, whose founding CEO had learned his trade there. Somewhat recently, though, it moved to Atlanta — the heart of the modern credit-card processing industry.

That as its base, NCR is becoming a fintech with a “digital first” strategy. This strategy includes buying Cardtronics (NASDAQ:CATM), which has about 285,000 non-bank ATMs in the field. NCR can now upgrade those machines to provide more banking services. It will also provide services through JetPay processing, D3 mobile banking software and more.

NCR stock has a market capitalization of $5.4 billion, which is still below last year’s revenue of $6.2 billion. That said, all five analysts following it on Tipranks now say this pick of the tech stocks is a buy.

After I wrote about IBM recently, the company came out with quarterly earnings that surprised some people.

The numbers weren’t outstanding, but they showed growth. This included 21% more cloud revenue and 17% growth at Red Hat, its cloud tools operation. IBM stock has risen somewhat since, currently trading hands at around $143. Today it has a market cap of about $128 billion.

Arvind Krishna has been CEO of the company for a year now. His plan is to spin off the slow-growing services business as Kyndryl. IBM will then focus instead on the “hybrid cloud.” This means enterprise data centers run on cloud standards with software that lets companies use public clouds as well.

Over the last year, the company has bought a half-dozen small cloud companies and launched industry clouds around fintech, construction and insurance. IBM has also refocused its attention on artificial intelligence (AI). It also wants to leave behind Watson Health, an AI technology company that failed to meet its growth targets.

I’d be more interested in IBM if it dropped its dividend. Maybe that will go to Kyndryl. It should invest more in its growing cloud business. But there are analysts who are starting to believe in this pick of the tech stocks again.

Currently, Verizon is putting $60 billion into buying and building out new 5G frequencies, betting that this can lead it back to glory as one of the tech stocks.

Investors have yet to buy the story. VZ stock is selling for just 11.5 times earnings despite a dividend yielding 4.3%. Now analysts are worried that the cost of 5G, on top of its current $122 billion in long-term debt, could sink the company. But big cloud players like Amazon and Microsoft (NASDAQ:MSFT) recently signed long-term deals with Verizon, based in part on those 5G assets. Verizon plans to use this innovation to become a fresh tech company again.

As with IBM, this is a story that will take years to play out. Right now, though, the stock is dirt cheap. The company will even pay you to own it. So, it’s both an income stock and, potentially, a growth stock.

After decades spent losing its leadership in semiconductors to foreign competitors, Intel is plotting a comeback. CEO Patrick Gelsinger is the man leading that return.

Gelsinger’s plan is to make Intel a leading-edge foundry that can make other companies’ chips. At the same time, it will seek new ways to compete with its own designs. It’s a plan that dovetails nicely with President Joe Biden’s “American Jobs Plan,” which sees domestic production of vital products like semiconductors as essential to competitiveness.

The key for Intel is a $20 billion investment in two new chipmaking plants in Arizona. This is part of an effort to match the process technology of Taiwan Semiconductor (NYSE:TSM), a leader in the space.

The investment is easy to justify, as prices for what Intel makes are firm. The global chip shortage is now expected to run into next year.

True, the “Cloud Czars” might be a threat, designing their own chips, but they all need foundries to make those chips. That’s what Intel is becoming — a foundry. 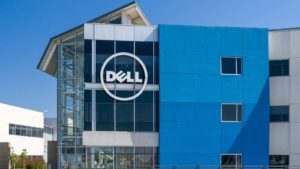 In 2013, Dell was a laggard. It made commodity PCs that had trouble competing with Chinese models on both price and performance.

But then came a huge investment from Silver Lake, which helped founder Michael Dell take the company private. Next, the new Dell bought EMC and its Vmware unit. Now, the company is bigger, better and more profitable than ever.

Michael Dell’s personal fortune crossed $50 billion when the company announced it would spin out Vmware (NYSE:VMW), of which the company owns 81%. This decision will let the company collect a dividend of over $9 billion to pay down debt. That news recently sent shares up over 10% to a high around $103.

Beyond Vmware, Dell also plans to start offering its hardware as a service, turning what had been sales into essentially subscription income. Additionally, it has launched a backup service. Finally, it’s collecting outsourcing contracts from companies like Boeing (NYSE:BA).

These actions now have analysts pounding the table for DELL stock. For example, nine of the 12 analysts following it on Tipranks are calling it a buy. There’s even a recent upgrade for this one of the tech stocks from Goldman Sachs.

Once known as “China’s Google,” Baidu is starting to look interesting again. The company is one of its country’s biggest cloud players. What’s more, CEO Robin Li has wisely spun-out many of Baidu’s more interesting services, such as the Iqiyi (NASDAQ:IQ) video service. This has kept Baidu out of the antitrust trap that China’s government laid for rivals.

Today, BIDU stock sports a market cap of $72 billion, a forward P/S ratio of 3.78 and a forward P/E ratio of 19.98. It also faces tension on both sides of the Pacific, promising to obey the new rules of the government while also running the risk of being delisted in the United States.

But it’s this weakness — made worse by the collapse of Archegos Capital, a big holder of BIDU stock — that may make this name a bargain. Cathie Wood’s ARK Innovation Fund recently took a big position in Baidu. Smaller investors may want to follow her lead with this one of the tech stocks.

After all, you don’t make money buying a stock at the top — you make it buying good companies near their lows.

A curious thing happened after China’s government announced a $2.8 billion antitrust fine against Alibaba. The shares of this one of the tech stocks rose.

BABA stock didn’t hold all those gains, of course, trading today at around $229 per share. However, it remains one of China’s most valuable companies, with a market cap of $636 billion. It also has a significant cloud presence outside of its home market; Alibaba Cloud recently passed IBM in cloud market share and competes head-to-head with Amazon in the Asia-Pacific region.

That said, China’s recent regulations bring the actions of Alibaba and other large tech companies into closer conformance with American regulations. For instance, Amazon couldn’t keep merchants from selling on Walmart (NYSE:WMT) the way Alibaba had been keeping its merchants off JD.com (NASDAQ:JD).

As with Baidu, though, this company’s short-term weakness may be a long-term opportunity. The stock is down about one-third from its highs. However, even though it’s a retailer, the company’s profitability is similar to that of Facebook (NASDAQ:FB).

The 3 Most Undervalued Renewable Energy Stocks for Your February Buy List
Is Mullen (MULN) Stock a Good Buy? Here’s My Call.
Stocks making the biggest moves before the bell: Apple, Alphabet, Amazon, Starbucks and more
My Amazon (AMZN) Stock Price Prediction for 2023
7 CRISPR Stocks With the Best Long-Term Potential