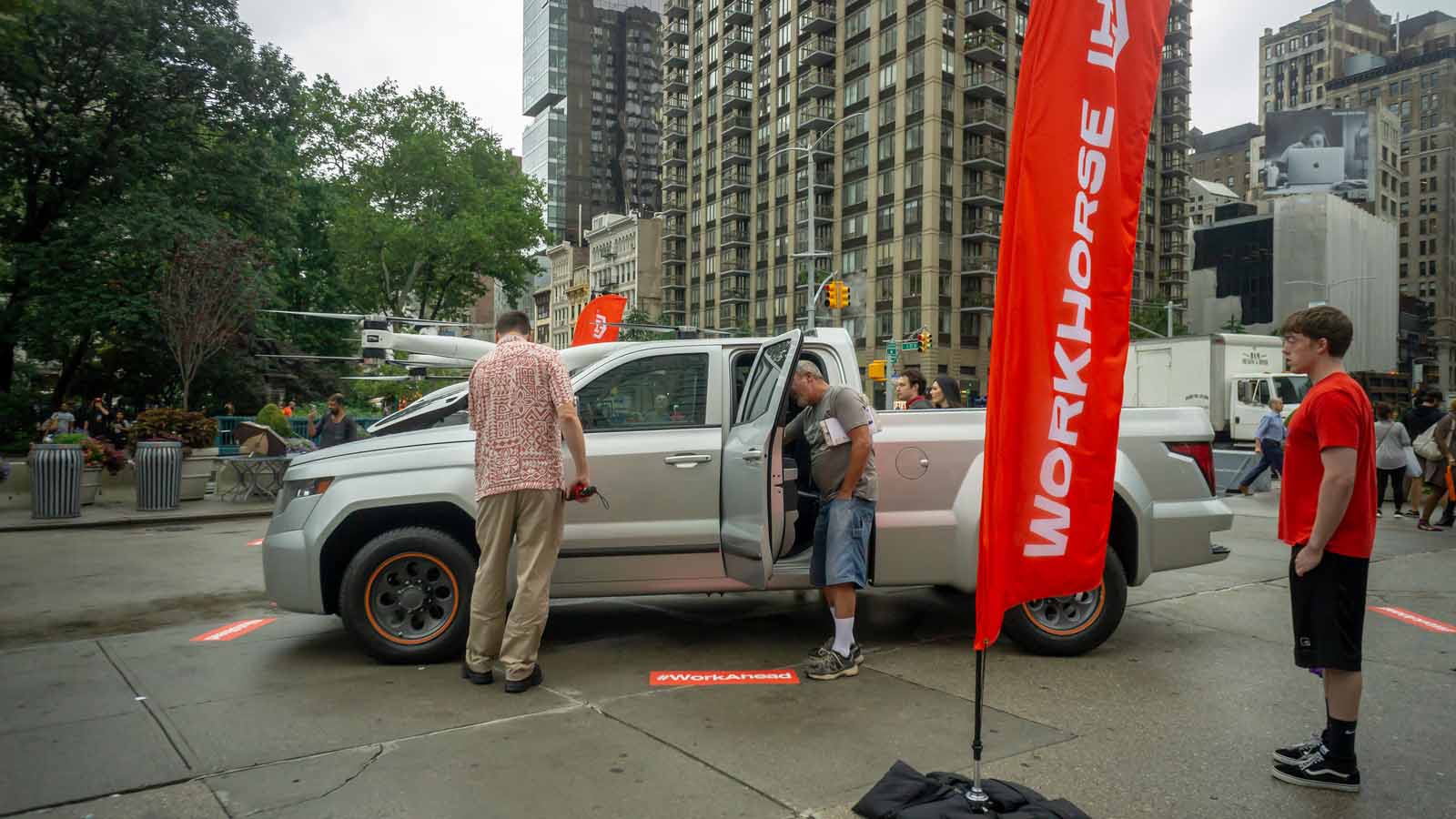 If you go back to 2019, Workhorse Group (NASDAQ:WKHS) traded below $1. In February 2020, before the market crashed amid the arrival of the novel coronavirus pandemic, WKHS stock still sat below $4.

As I write this, WKHS now is just shy of $13. Broadly speaking, that trend does seem about right.

Electric vehicle stocks of all kinds have steadily rallied over that stretch. Nio (NYSE:NIO), for instance, traded below $2 as recently as November 2019. It’s now at $40. That’s just one example of huge gains in EV stocks — gains that make some sense.

The explosion of SPACs (special purpose acquisition companies) has injected tens of billions of dollars of capital into the industry. Governments — and more importantly for Workhorse, private businesses — are looking to EVs to solve environmental concerns.

Of course, some bulls would see the current $13 price as a massive disappointment. WKHS traded above $40 in January. Then the United States Postal Service awarded a huge contract to Oshkosh (NYSE:OSK). Workhorse had designs on at least a portion of that award, and unsurprisingly WKHS stock plunged on the news.

Investors need to move past that loss. Importantly, they can’t look to that $40-plus price as a sign of where WKHS stock should or could trade. Optimism toward the USPS contract clearly was a huge factor in the rally to that point. (I’d argue that so too was bubbly trading across the sector; other EV stocks have seen their own slides since late January/February.)

To look at WKHS stock is to see not all that much. That’s a problem that needs to get fixed before the stock can rally at all, let alone recover a material portion of the recent losses.

The Good News for WKHS Stock

To be fair, let’s start with the good news.

First, Workhorse has a strong balance sheet. As of Mar. 1, the company had $215 million in cash. It also has a 10% stake in Lordstown Motors (NASDAQ:RIDE), which it can now begin to sell in the public markets.

The plunge in RIDE stock has decreased the value of that stake — but it’s still material. Workhorse’s shares in Lordstown at the moment are worth about $165 million.

All told, between cash on the balance sheet and potential RIDE sales, Workhorse has access to capital totaling about $380 million. The company burned about $75 million in cash in 2020, and just $39 million the year before. The company has time.

And it has an attractive business model, at least broadly speaking. Tesla (NASDAQ:TSLA) led the way in consumer electric vehicles, but the commercial market will be huge as well. Beyond the shift to electric models, the delivery van market that Workhorse serves should benefit from e-commerce growth, “ghost kitchens,” and other secular trends.

WKHS stock was not and is not a binary play on the USPS deal. Yes, the loss hurt. The story, however, isn’t over.

Something Needs to Happen

The problem for WKHS stock is that the story so far is basically a zero.

Workhorse delivered just seven vehicles in the fourth quarter of 2020, for instance. The target of 1,800 vehicles in 2021 still doesn’t get gross margins positive. And it’s below the company’s original target for 2018.

This has been a company that’s been a “next year” story every year. It’s why WKHS stock traded below $1 and below $4: the potential was there, but the execution wasn’t. And that’s why short sellers — correctly, in retrospect — cast serious doubts on the company’s ability to win the USPS award.

Some investors believe that short sellers are the root of all evil at this point — but they’re not the only skeptics.

It matters that the USPS didn’t include Workhorse at all, and seems to have no plans to change its mind. (Workhorse met with the USPS after the decision, but that was nearly eight weeks ago and there’s been no news since.) It matters, as short sellers pointed out, that former partner VT Hackney walked away for payment of $7 million (the latter figure coming from Workhorse’s own annual report). And it matters that Workhorse still hasn’t moved into any sort of real production three-plus years after it said it would.

At this valuation, those problems don’t make WKHS stock uninvestable. A $1.7 billion market cap isn’t out of hand considering the opportunity.

But those problems are real. And they need to get fixed to at least some extent at some point. The big orders cited for 2021 need to turn into consistent production.

The USPS contract is gone. That doesn’t mean the end of Workhorse. But it does mean the company needs to find another way — which, simply put, it hasn’t done so far.

On the date of publication, Vince Martin did not have (either directly or indirectly) any positions in the securities mentioned in this article.

Is TSLA Stock a Buy or Sell? Here’s My Call
It’s the Perfect Time to Buy Amazon Stock
Buy SOFI Stock? Yes! The Bull Case for SoFi Technologies.
Is NIO Stock a Good Buy? Here’s My Call.
7 Sorry Semiconductor Stocks to Sell in February Before It’s Too Late