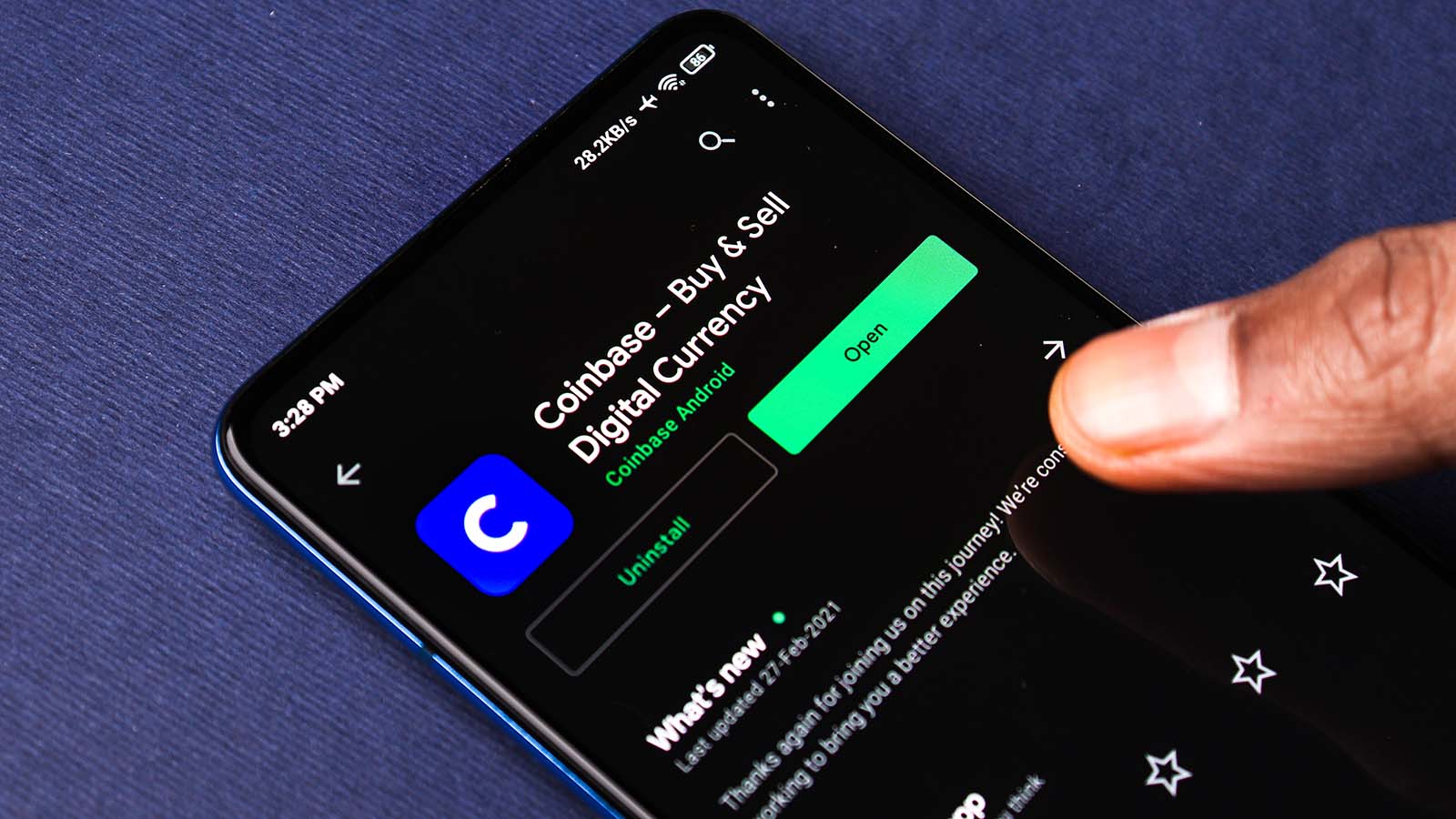 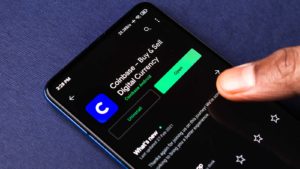 It’s been downhill ever since.

If you think about it, Coinbase’s history is a little bit similar to the launch of Nasdaq (NASDAQ:NDAQ) in 1971. Granted, I was only 7 at the time, but I can only imagine the excitement from those working in the industry as stocks began to trade electronically.

Nasdaq sold its shares on a restricted basis as early as 2000, but it didn’t go public on its own exchange until Feb. 9, 2005. By contrast, Coinbase was launched in May 2012 and was public within nine years of its founding.

Clearly, Coinbase had a much faster trip to the IPO circle. Nevertheless, they both operate financial exchanges that help the world function. And they both thrive on innovation.

I might be a relative newbie in cryptocurrencies, but I know a thing or two about the financial services industry. So, I don’t think I’m speaking out of school when I say that Coinbase is the cryptocurrency exchange to trade Bitcoin (CCC:BTC-USD) and all the other cryptocurrencies popping up around the world.

A couple of days before its opening, I said that Coinbase would double in price on its first day. At the April 14 high, it was up 72%, but that’s close as I got. As I wrote in my article, if Coinbase debuted with a $100 billion valuation, it would be trading at “88 times its trailing 12-month (TTM) and 244 times operating income.”

Despite those nosebleed multiples, I went as far as stating that it could be worth as much as $136 billion. No, I wasn’t smoking weed at the time.

Analysts who’ve weighed in on the newly public company have generally been quite positive about Coinbase.

“Coinbase is a foundational piece of the crypto ecosystem and is a barometer for the growing mainstream adoption of Bitcoin and crypto for the coming years in our opinion,” Wedbush analyst Dan Ives wrote in a mid-April note to clients.

But he’s not the only one who’s enthusiastic about the cryptocurrency exchange.

BTIG analyst Mike Palmer has a buy rating and a 12-month target price of $500, thanks largely to the accelerating growth and acceptance of cryptocurrencies. MoffettNathanson analyst Lisa Ellis told MarketWatch that Coinbase is “not for the faint of heart” but gave it a $600 target price before its IPO.

Overall, five analysts rate it a buy, another has it at overweight, and three rate it a hold, with an average target price of $438.22. Based on 205.6 million shares outstanding [pg. 84 of IPO prospectus], it would have a market capitalization of $90.1 billion, a long way from my far-fetched guesstimate of $136 billion.

Like people continued to doubt Tesla (NASDAQ:TSLA) as it built more and more electric vehicles, I could see the same thing happening with Coinbase. Certainly, Warren Buffett and Charlie Munger have little time for the entire subject.

The great thing about investing is you don’t have to ride every trend to grow your portfolio. You just have to be right more than you’re wrong.

I could easily see Coinbase at $400 by the end of the year.

Coinbase Is the Devil

If you followed Buffett and Munger’s annual Berkshire Hathaway (NYSE:BRK.A, NYSE:BRK.B) meeting and you’re into cryptocurrencies, you probably didn’t like what Munger had to say about the subject.

“I should say modestly that the whole damn development is disgusting and contrary to the interest of civilization, and I’ll leave the criticism to others,” Munger stated on May 1.

In February, Munger suggested that it, like gold, was a poor investment.

“It’s really kind of an artificial substitute for gold. And since I never buy any gold, I never buy any bitcoin, and I recommend other people follow my practice,” he said in February. “Bitcoin reminds me of what Oscar Wilde said about fox hunting. He said it’s the pursuit of the uneatable by the unspeakable.”

In essence, Munger’s stating that Coinbase, like Bitcoin, is also “rat poison.”

We could debate the merits of the nonagenarian’s comments for hours on end. Suffice to say, two of the wisest investors to grace the stage are against the whole kit and caboodle.

As for real arguments against a higher Coinbase valuation, I quoted New Constructs research analyst David Trainer in my April article about the company. Essentially, he felt it was worth $18.9 billion or $91.93 based on 205.6 million shares.

Given it had a pre-IPO valuation of $68 billion based on private stock sales made in the first quarter ended March 15, some would argue Trainer’s valuation doesn’t hold water. However, CNBC reported in mid-March that Coinbase was valued at $8 billion in October 2018, so Trainer’s number might not be so crazy after all.

My InvestorPlace colleague, Josh Enomoto, recently suggested that Coinbase might never grow into its valuation.

“As awesome as cryptos are, the math doesn’t add up. To grow into the rich premium, Coinbase might have to become the world’s biggest asset exchange. While anything is possible, I would say that it’s improbable,” Enomoto stated the day before Coinbase’s IPO.

He goes on to suggest that Uncle Sam and the Internal Revenue Service could have a lot to say about Coinbase and its cryptocurrency buyers and sellers in weeks and months ahead. The proverbial financial scope, if you will. And it won’t be pretty.

Add in the ridiculously high fees that Coinbase charges, and you have the potential for an implosion at some point in the future. Like investing in Bitcoin, there are real risks attached to buying Coinbase stock.

If I had to commit to one or the other, I’d probably go with $200. I just find it hard to believe that Coinbase is valued at twice what investors are willing to pay for Nasdaq.

That being said, the cryptocurrency phenomenon is not a fad. It’s not going away no matter how much Buffett, Munger, and all the other naysayer’s poo-poo cryptocurrencies, and by extension, Coinbase.

If you’re a crypto fan, I’d recommend you buy some now, keeping cash in reserve should it fall into the low $200s or worse. I wouldn’t buy COIN, but that doesn’t mean you shouldn’t.