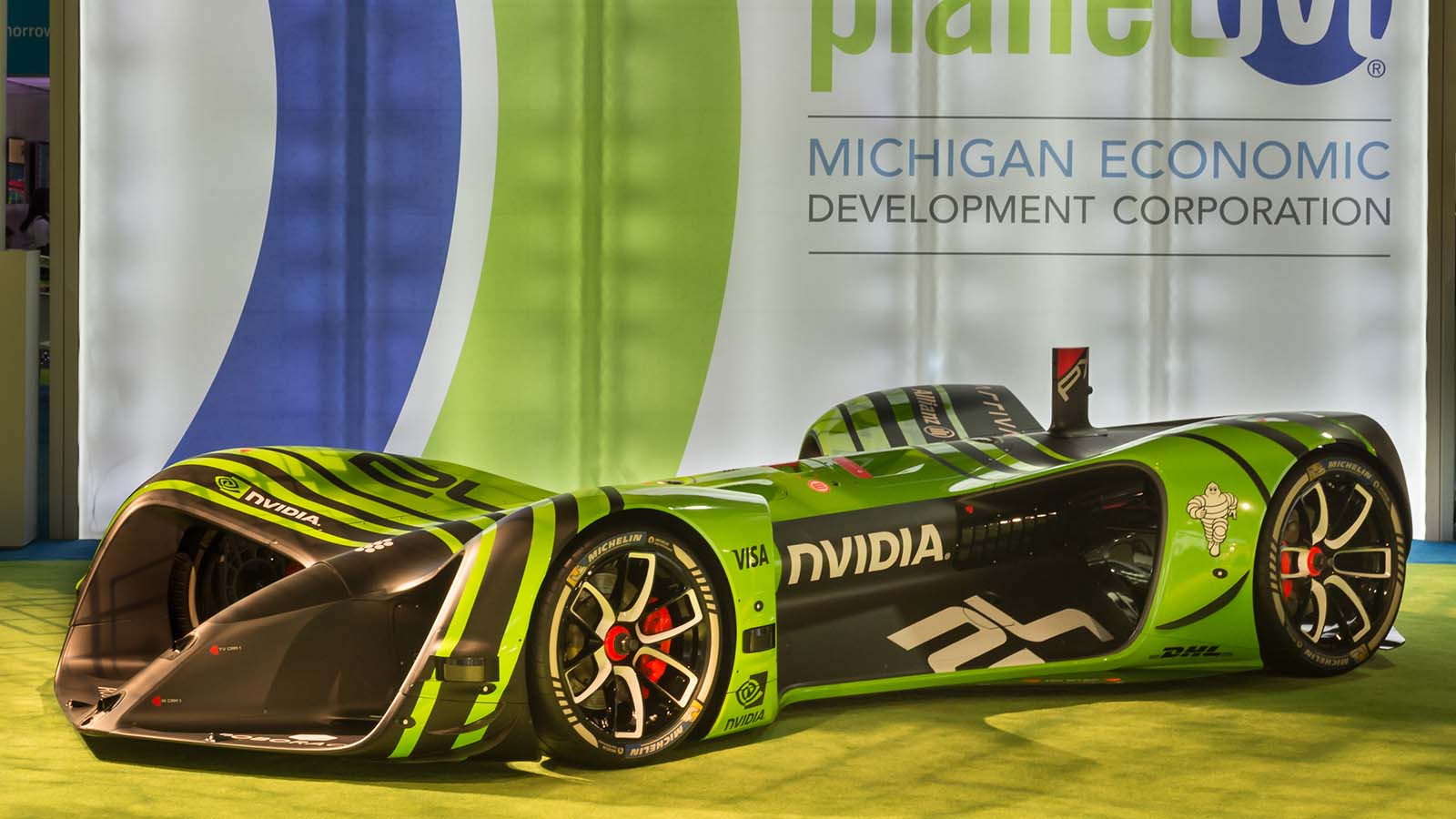 NVDA stock has gained 18% since the company announced its third-quarter results on Nov. 17.

The latest increase brings Nvidia stock’s total gains for this year to 162%. Over the last month alone, the company’s share price has risen 51% and now trades at $343.80.

Among technology stocks, and chip designers in particular, Nvidia has been a hands down winner this year.

The stock has returned so much value to shareholders that CNBC commentator Jim Cramer has even named one of his dogs after the company.

Despite the incredible growth, many analysts who follow the company see even more gains ahead.

A Closer Look at NVDA Stock

The latest run on NVDA stock comes after the Silicon Valley leader printed third-quarter results that once again beat the consensus view of Wall Street analysts, and provided a bullish outlook for revenue in the current fourth quarter.

Specifically, Nvidia reported earnings of $1.17 per share versus $1.11 that was expected, up 60% from a year earlier.

While analysts cheered the Q3 numbers, they especially liked that Nvidia said it expects to report $7.4 billion of revenue in the current quarter, higher than analysts’ consensus forecast of $6.86 billion.

Keeping the impressive win streak going is the fact that the company has had more demand than it can fulfill for its various chips, semiconductors and graphics cards.

Of particular interest are its “GeForce” graphics card that is used in video game consoles and personal computers (PCs).

Gaming, which remains Nvidia’s biggest market, reported $3.2 billion in Q3 sales, up 42% from $2.27 billion in the same quarter of last year.

Additionally, Nvidia has made strides in bolstering its data center business, where cloud providers and enterprises are turning to the kind of graphics processors made by Nvidia for artificial intelligence (AI) applications.

Nvidia reported $2.9 billion in data center sales during the third quarter, which was up 55% from $1.9 billion in the same quarter of 2020.

Overall, the incredible results have served to reinforce the confidence investors have in Nvidia and its products.

Some Issues With Nvidia

Despite all of its success, Nvidia is not without some ongoing issues that it is managing. The company continues to try and conclude its $40 billion purchase of Arm, a British company that specializes in mobile semiconductor technology.

The deal has encountered some hiccups. The British government announced on Nov. 16 that its Competition and Markets Authority will investigate antitrust concerns and national security issues related to the deal.

This comes after the European Commission opened an in-depth investigation into the transaction in October.

The U.S. Federal Trade Commission has also expressed concerns about the transaction and what it could mean for competition in the chip sector.

The ongoing investigations of the Arm deal coupled with Nvidia’s strong results and growing dominance in the semiconductor space have led some analysts to declare that the acquisition of Arm will be torpedoed by regulators around the world.

Nvidia’s senior leadership team has softened its language around the Arm deal in recent months, perhaps in an effort to mute expectations for the acquisition’s approval. For now, the purchase of Arm remains a lingering question mark for the company.

Additionally, Nvidia continues to grapple with a global shortage of semiconductors and delays in the manufacturing of its chips, which it outsources. However, to date, those issues only seem to have intensified demand for the company’s various products.

Lastly, Nvidia has seen enthusiasm for its foray into cryptocurrency cool in recent months.

The company came out with dedicated graphics cards that can be used specifically for cryptocurrency mining earlier this year.

The move was intended to help meet some of the demand it was seeing from people who use their computers to mine for Bitcoin (CCC:BTC-USD) and other digital assets.

There was hope that the cryptocurrency graphics cards would be a hit, but Nvidia said that in Q3 it had sold $105 million of the cards, down from $266 million in the previous quarter and that sales had been slowing sharply.

Despite the global chip shortage and its ongoing efforts to acquire Arm, Nvidia is a company that is firing on all cylinders. This fact is reflected in the share price that has more than doubled year to date.

Add in that Nvidia also pays a healthy dividend (it doled out $100 million in dividends during the third quarter alone) and there’s plenty of reason to be bullish on the stock.

Among the 39 analysts providing 12-month price forecasts for Nvidia, the median price target on the shares is $350. It trades at around $326 today.

This is after the share price has already run up more than 150% this year. Among technology companies, Nvidia is best of breed and running ahead of the pack. NVDA stock is a buy.

On the date of publication, Joel Baglole held long positions in NVDA, MSFT and GOOGL. The opinions expressed in this article are those of the writer, subject to the InvestorPlace.com Publishing Guidelines.